Unni appam/Unniyappam: Unni Appam is a traditional Kerala snack prepared mainly from rice flour. Different variations do exist while some prefer to add banana, some don’t. There also exist different names – in northern side of Kerala, its called as kaaryappam.

I have to make a special mention about the time and effort that Nimisha spent on taking the step by step photos and patiently answering the zillion question that I asked her about this recipe.

Her mom deep fries the snack in unniappam chatti(Pic of the vessel given below). However, the same snack could be done using lesser oil and the taste, texture might differ. 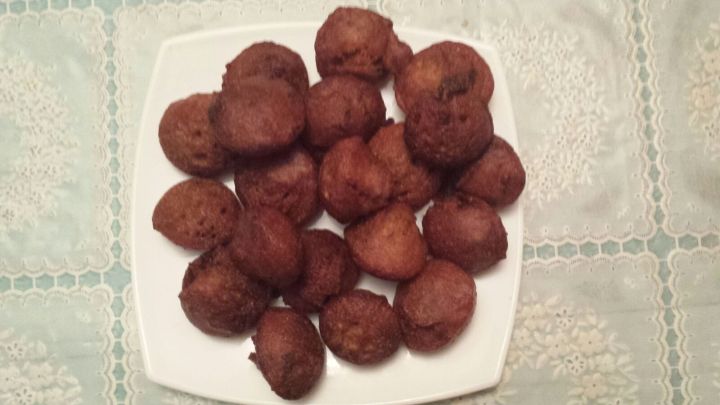 3. Chop the dry coconut and add to the batter. Mix well. 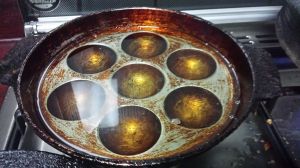 5. When the oil is hot enough, keep in medium flame and drop spoonful of batter on the Unni Appam chatti one by one.

6. Flip on both sides and cook until golden brown